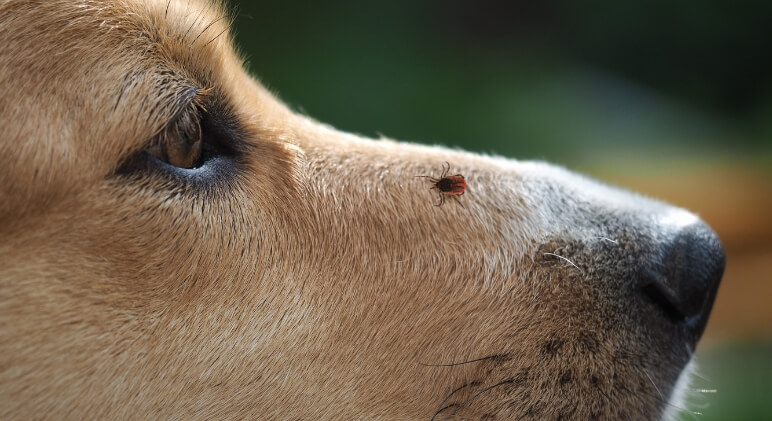 Ticks … just the thought of them makes my skin crawl! Not only are they creepy, but these parasites thrive by attaching themselves to a host (like you or your dog) to feast on blood. It’s during this blood meal that an infected tick has the potential to transmit an assortment of bacterial, protozoan, and viral pathogens – some of which can be deadly. Although ticks can be a problem year-round, the greatest chance of tick bites is from spring through fall. Before we dive into the tick-borne diseases all pet parents should watch for, let’s take a quick look at how ticks even latch onto a host.

In case you’re wondering how a tick gets onto your dog (or you) in the first place, they don’t jump, fly, or drop from trees. They are patient little stalkers.

Ticks perch themselves onto a blade of grass where they hold on with their back legs and stretch out their front legs to grab on and hitch a ride on a host. Yep, it could be Fido or you! They start low and once they’re on, they just stroll to their destination. Disgusting! Right?!

Read on to discover common tick-borne diseases in dogs, symptoms to watch for, and treatment.

Lyme Disease is a tick-borne infection caused by the bacteria Borrelia burgdorferi and can be transmitted via the bite of an infected black-legged aka deer tick. It’s the most common form of tick-borne illness in the U.S.

To transmit Lyme Disease, a tick must remain attached to its host for approximately 24 – 48 hours. That’s why, if you’re diligent and check your pooch (and yourself) after every outing – especially if you’ve been in grassy, woodsy, or park environments – there’s a better chance of spotting the unwanted hitchhiker. Then you could grab a tweezer or tick remover to get it off before it has a chance to transmit the disease. The deer tick is most commonly found in the northeast, northern central states, mid-Atlantic, and parts of the west coast.

Symptoms can take between 2 – 5 months to surface. Some dogs won’t have symptoms at all.

Treatment usually involves a 4-week course of antibiotic therapy, but that may differ depending on your veterinarian. According to the Merck Manual Veterinary Manual: “If Lyme disease is left untreated it can lead to damage in the kidneys, nervous system, and heart…” “Lyme disease affecting the kidneys is the second most common syndrome in dogs and is generally fatal.”

Anaplasmosis is caused by the bacteria Anaplasma phagocytophilum. Its transmission occurs via the black-legged tick (AKA deer tick). This is the same tick that can transmit Lyme Disease. To pass the bacteria, the tick must remain attached to its host for 12 – 24 hours. Anaplasmosis is most common in the northeast, northern central states, mid-Atlantic, and parts of the west coast.

Treatment usually consists of antibiotic therapy for 2 – 4 weeks, depending on the severity and strain of the pathogen. Most dogs do well and start to respond to treatment within a couple of days.

A less common form of Anaplasmosis can be caused by Anaplasma platys. It’s transmitted by the brown dog tick. This form primarily affects the platelets (cells responsible for blood clotting). As a result, signs of bleeding, such as nosebleeds, bruising, red blotches, and spots on the belly are common.

Rocky Mountain Spotted Fever (RMSF) is caused by the bacteria Rickettsia rickettsii. It can be transmitted to dogs and humans via a tick bite. The tick must remain attached between 5 – 20 hours to transmit the disease.

Additionally, while removing an engorged tick from a dog, fluids from the tick can inadvertently enter through open cuts or scrapes on the skin or be absorbed through the eyes. The Rocky Mountain wood tick, American dog tick, and Brown Dog Tick are responsible for transmission in the U.S. Named for the region where it was first identified, this disease is most often found in the southeastern U.S., Canada, Mexico, South, and Central America.

According to the Merck Manual Veterinary Manual: “Between 1% and 10% of dogs with Rocky Mountain spotted fever die from the disease.”

If the dog comes back with a positive antibody test or the vet highly suspects Rocky Mountain Spotted Fever, a course of antibiotics will be started. Symptoms will be handled with supportive care as necessary, ie: if dehydrated – fluids will be administered – and so on.

Babesiosis is a tick-borne infection caused by the protozoan parasite genus Babesia. The main mode of transmission is from a tick bite. A tick must remain attached for 2 – 3 days to pass the parasite. Other modes of transmission include; the bite of an infected dog to another dog, via the placenta to unborn puppies, and blood transfusion with contaminated blood.

The parasites live inside red blood cells and destroy them. Cells burst, by a process called hemolysis. The body’s natural protective response is to attack and kill the parasite, but since it’s living within the red blood cells, they are destroyed too. If too many cells are destroyed anemia will result. This can lead to a host of problems.

This infection can range from mild to potentially life-threatening. Common signs and symptoms include:

If the anemia is severe, blood transfusions may be necessary. Supportive care will be given as needed. The use of anti-inflammatories, steroids, and antioxidants are often prescribed.

Dogs who survive Babesiosis often remain carriers and can relapse.

Ehrlichiosis can be transmitted via the bite of an infected brown dog tick. It’s most common in the warmer southern regions of the country. The organism most often responsible for this disease is Ehrlichia canis – a rickettsial species.

If a dog’s immune system doesn’t fight it off, the bacteria can infiltrate the monocytes, a type of white blood cell. White blood cells are responsible for immunity. Symptoms can take between 1 – 3 weeks after being bitten by an infected tick.

When diagnosed and treated during this phase, most dogs do well, but the prognosis is not as good for those who progress to the chronic phase.

The most common antibiotic treatment for ehrlichiosis in dogs is doxycycline, for 3 – 4 weeks. Rapid improvement is usually seen with prompt treatment.

Ehrlichia ewingii is another form of Ehrlichiosis caused by the Ehrlichia genus species. This strain infiltrates the granulocytes, a type of white blood cell. E.ewingii is transmitted through the bite of an infected Lone Star Tick. It’s generally not as series as E. canis. Symptoms are fever, joint stiffness, swelling, and arthritic-type pain.

Hepatozoonosis is a tick-borne illness that can be transmitted, not by a tick bite but by ingesting an infected tick. Two specific strains of this protozoan parasite have been identified – Hepatozoon americanum and Hepatozoon canis.

American Canine Hepatozoonosis (ACH), caused by H. americanum, can be transmitted by ingesting an infected Gulf Coast Tick. This form of the disease is never completely cured, but, with continued treatment, remission is possible.

During the acute phase of illness, treatment would include a combination of drugs to get the disease under control. When the clinical signs and symptoms have passed, long-term medication is prescribed.

Again, there is no cure for ACH. The goal of treatment is remission. The dog will have to be monitored for the rest of his life and if he comes out of remission then further treatment will be required.

Signs and symptoms can come and go.

Old World Hepatozoonosis, caused by the strain H. canis, can be transmitted by ingesting an infected common brown dog tick. It can be found in the northern states, but mostly occurs in the southern United States. H. Canis is much easier to treat and cure.

Often dogs with H. canis are asymptomatic. In dogs with a high parasite count, treatment is more difficult. The illness can become extremely serious and potentially deadly. If a dog is exhibiting signs of the disease, they would most likely have:

*It should be noted that Hepatozoonosis does not infect humans.

Tick-borne illnesses can become extremely serious and any dog is a potential victim. Awareness and prevention are your pup’s best defense.

How To Remove A Tick

Check out my article on Tick Removal. Get familiar with the procedure. Gather any necessary supplies. You can find a tick on your pooch when you least expect it, so be ready. Get the tick off of Fido as soon as you find it so the tick won’t have time to transmit disease to your dog. 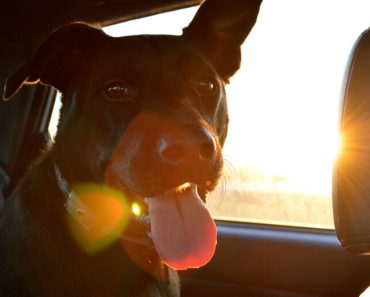 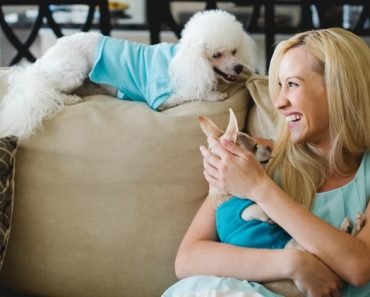 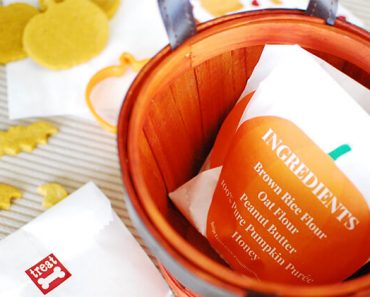 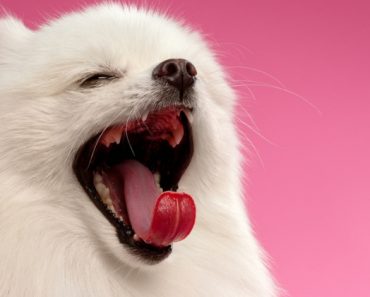 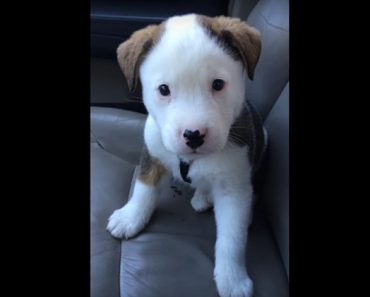