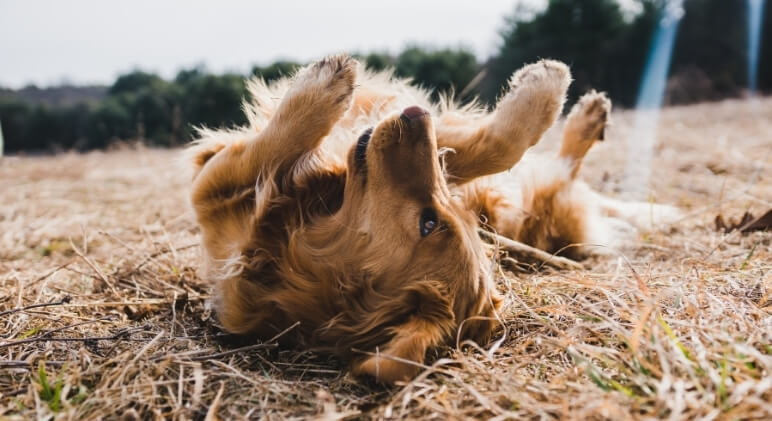 Dogs may not speak our language, but they’re great communicators. From ear position to how fast their tails wag, the way dogs carry themselves says a lot about how they’re feeling. Read on as we decode popular dog body language.

Happy dogs give off a generally friendly vibe. With bright eyes and a slightly open mouth, a dog’s face will appear relaxed and his body at ease. His tail may rest slightly lower than his spine or carried right above the spine. A tail in this mid position indicates that Fido is calm – he’s interested but relaxed. For those really happy moments, Fido may start wagging his tail quickly and vigorously, even making his hips and butt wiggle.

Have you ever seen a dog bow? I’m talking about when a pup stretches his front legs out and leans down on his elbows, bringing his chest low to the ground with his booty up in the air. This is called a Play Bow and when you see a dog in this position, consider it an invitation to play. Dogs will go into this position when they’re feeling playful toward a person or another canine kid. Usually, playful body language is coupled with tall ears, bright eyes, a slightly opened mouth (as if he’s smiling), and a rapidly wagging tail!

With wide eyes and a tongue hanging out, excited dogs may get a burst of energy when they bark, jump up, run, and/or spin around. Hello, zoomies! Sometimes excited dogs even whine.

Your dog may also “excited whine” when you first get home as a way of saying, “WOOHOO – MOM’S HOME!” Or, he may start whining when he sees you bust out the leash because that means a walk is in his near future.

A confident dog stands tall with his head held high and ears perked up. His tail is raised above his spine and may gently sway from side to side.

When a dog enters into a submissive position, it’s his way of telling another dog, “Hey, I’m not a threat and I mean no harm.” Often, dogs will roll over onto their back to expose their abdomen. Submissive behavior is also displayed by a low-hanging tail and lowered head. A dog may also avoid eye contact.

An anxious dog typically stands in a tense posture, lowers his head, holds his ears partially back, stretches out his neck, and lowers his tail. His tail may even tuck under his body.

This body position is coupled with actions like yawning and lip licking. He may also pace, pant, avoid his food bowl, act out (chewing or destructive behavior), or have accidents.

A frightened dog’s body language is similar to an anxious dog … but enhanced. A dog will look very tense, lower his body to the ground (like he’s shrinking up and curling inward), tremble, flatten his ears back, narrow his eyes, and avoid eye contact. Of course, one of the most common telltale signs of a frightened dog is a tucked tail.

Anxious or frightened dogs who feel threatened may begin to show aggressive behavior, out of self-defense.

If a dog feels threatened and becomes aggressive, he will appear tense. With all four paws firmly on the ground, a dog will lunge forward with his head facing straight ahead, ears pinned back, and eyes piercing. His lips will curl up, exposing his teeth as he growls and barks in a threatening manner.

Moving down to a dog’s body, you may notice the hairs on his back may stand up. His tail will be held high … it may even wag. A tail that’s making very small, speedy movements that appear to be vibrating could indicate that the dog is getting ready to fight or flee. 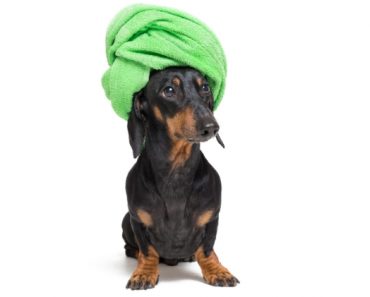 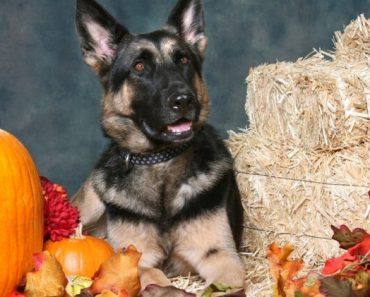 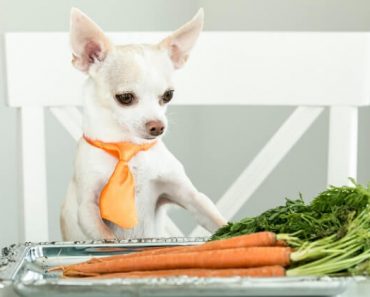 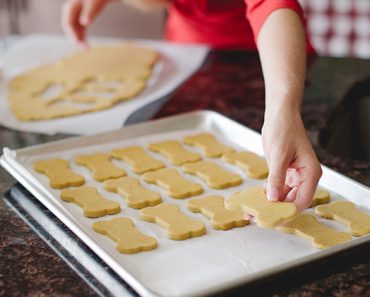 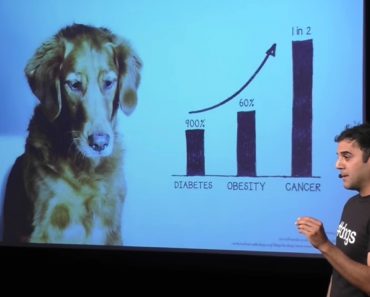